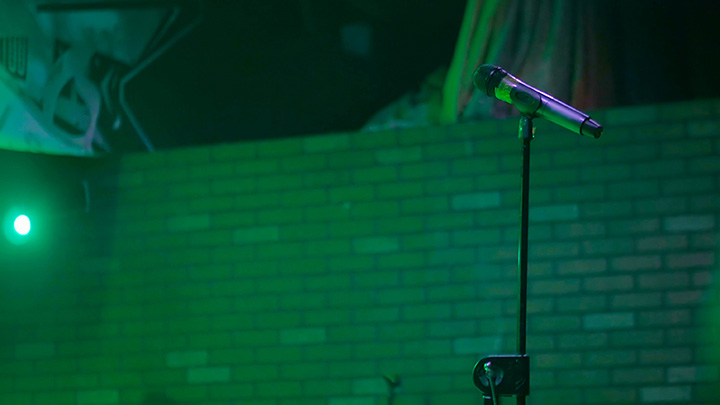 Get ready to laugh it up in the Ocean State! While small, Rhode Island has one of the biggest senses of humor—and whether you’re looking for witty humor, lots of puns or perhaps some gag humor, you’re sure to find the place that suits your taste. Here are the six best comedy spots in the state!

This venue is located in an old bank, but the inside isn’t so austere. Head inside and you’ll be bending over in laughter! There isn’t a bad seat in the house—enjoy comedy as you munch on some delicious nachos and onion rings, too!

The Southside Cultural Center hosts the Providence Improv Guild, a nonprofit that aims to bring improvisation and sketch comedy to folks across Rhode Island. For just $5 a show, this is the perfect way to enjoy a Thursday, Friday or Saturday evening.

Grab a drink Mondays at Pub on Park and stick around for the comedy to follow! The bar hosts an open mic night that local comedians are free to attend, and sometimes the bar also offers longer shows with comedy contests. Locals love the delicious food and the attentive staff.

A great night with the family or with friends, Firehouse Theater regularly hosts shows that are bound to be laugh-out-loud funny. The Bit Players’ improv shows are hilarious and, some say, comparable to the level of Second City in Chicago! And the best part: This unique venue is BYOB!

Finn’s overlooks Greenwich Cove, often teeming with boats and seagulls during the summer months. But that’s not the only part of Finn’s that has people coming back—the diner and bar also hosts some comedy events, which frequently go to benefit local charities.

View more Rhode Island Comedy Clubs.
Select a Rhode Island town to find
the Best Things-To-Do and Places To Go around you