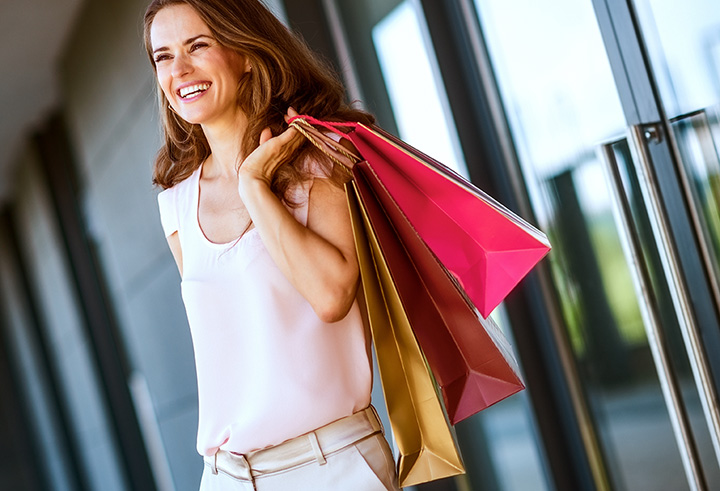 From Newport to Providence, Rhode Island is a shopper’s paradise. It doesn’t matter if you’re looking for standard department stores or specialty boutiques, retail therapy destinations abound. So whether you’re shopping for yourself or picking up a gift for a friend, check out the best shopping malls and outlets in Rhode Island!

At the Warwick Mall, you will find entertainment, shopping, and dining options, and there are 12 restaurants, 80 retail locations, and a 12-screen cinema. Name-brand stores include Target, JCPenney, Macy’s, Old Navy, Jared Jewelers, and Off Broadway Shoes, which has over 40,000 styles of men’s and women’s footwear. The mall is handicap-accessible and offers free parking, a food court, and a resting spot called the Lullaby Lounge.

The Garden City Center is another downtown urban mall, but this one focuses on natural light and the outdoors. That is because it is an open-air mall, and it features shops, eateries, and boutiques. In fact, it is self-promoted at the only location in the state to host Ethan Allen, New Balance, Pottery Barn, Williams-Sonoma, and L.L. Bean, among others. Plus, for dining, you will find Anthony's Coal Fire Grill, Applebee’s, and Boston Market.

This 640,000-square-foot mall sits a little way out of town, just off Interstate 295, an it offers ample free parking and a strong, eclectic mix of stores, from Target and the Home Depot to Barnes & Noble and Kohls. It also houses Dave’s Fresh Marketplace, which is reportedly the largest independent grocery store in the state.

Owned by Carpionato Properties, Chapel View is a 420,000-square-foot mall and so-called lifestyle center. Established in 2008, the mall looks more like a Medieval village and a shopping center, and the spot has been featured in the Providence Journal and The New York Times. Notable retailers include Alex and Ani, Cold Stone Creamery, Chapel View Grille, GameStop, GNC, REI, Paul Mitchel: The School, Panera Bread, Omaha Steaks, and more.

Owned by AmCap, Inc., this 150,283-square-foot facility offers ample parking and shopping that includes Babies “R” Us and Christmas Tree Shops, as well as Five Below, GameStop, Super Stop and Shop, and California Closets. Plus, dining options include a Five Guys and an Applebee’s.

Owned by KGI Properties, this 108-square-foot space hosts store such as CVS, Planet Fitness, TJ Maxx, Target, Kohls, Old Navy, Dick’s, and more, and it also sits just off I-295. For dining, you will find Subway, McDonald’s and a bagel shop, and retailers include a bank, a gym, AAA, a haircut place, and a pet shop. Apple Valley Mall also sits on 11 acres and is poised for expansion, so you may see additional retailers coming soon.

A 275,000-square-foot facility, RK Newport is own by the privately held and family-run company,  RK Centers. At this mall, you will find a Super Stop and Shop, a Walmart, TJ Maxx, Old Navy, and more. For food, you will find a Five Guys burger joint as well as a Cilantro Mexican Grill, Bamboo Restaurant, and Ninety-Nine Restaurant.

Owned by Linear Retail, this 73,419-square-foot shopping center is tucked away just off from Route 2. Featuring ample parking and a unique list of retail shops, it is the only place in Rhode Island where you will find Trader Joe's. Other shops include Panera Bread, AT&T, Duluth Trading Company, Aspen Dental, Supercuts, Weight Watchers, and Wild Birds Unlimited.